Borussia Dortmund have rejected a bid from Barcelona for Ousmane Dembele before suspending the starlet following his failure to show up for training on Thursday 10 August 2017. 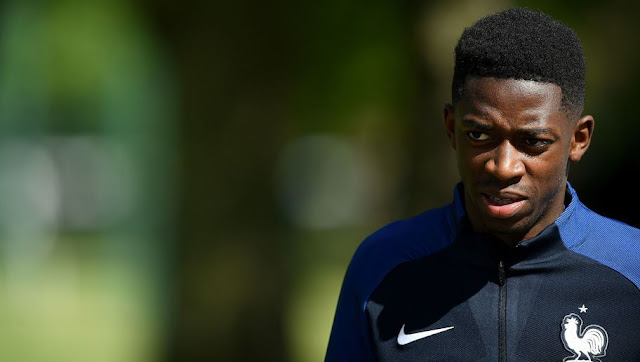 The 20-year-old, who has been lined up as a potential replacement for Neymar, has been fined and is now prevented from training with his team-mates until next week.
After Dortmund manager Peter Bosz confirmed that Dembele did not attend training on Thursday, the club released a statement explaining that the forward had been the subject of a bid from Barcelona – one that was rejected because it did not reflect his ‘extraordinary’ ability.